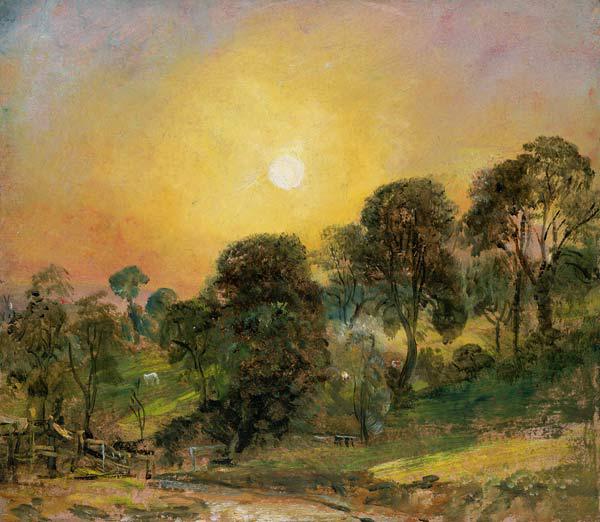 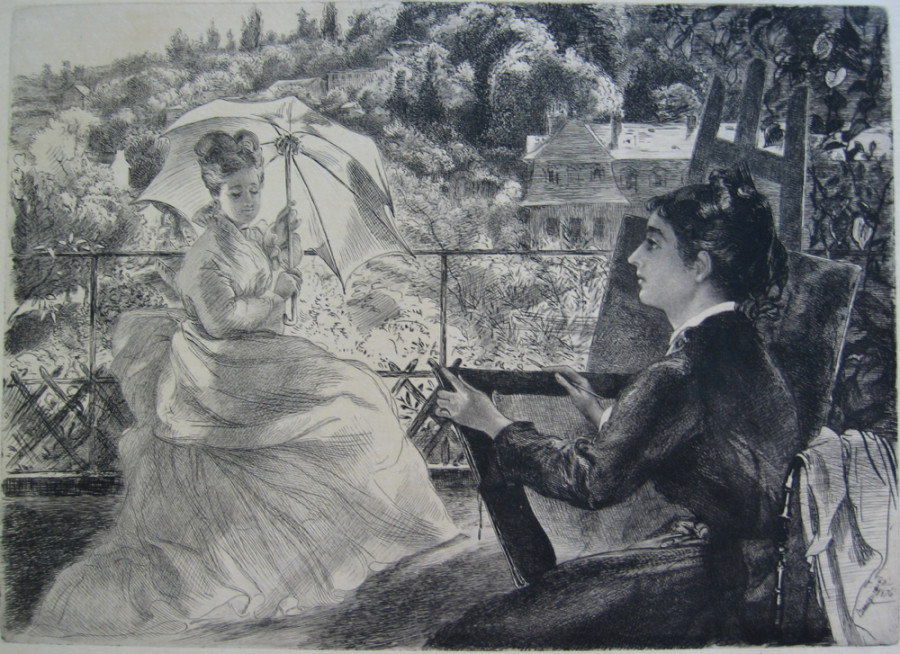 Another picture from my personal collection. A large etching by Bracquemond which shows his wife Marie painting her sister, Louise Quiveron, on the terrace of their house at Sevres. A good article about Bracquemond as an etcher and this etching specifically here:
http://adventuresintheprinttrade.blogspot.co.uk/2012/06/felix-bracquemond-and-impressionism.html
Incidentally, it nails some misconceptions about Bracquemond's attitude toward his wife's artistic endeavours (which can be found in classic form in the appalling Wikipedia article about her). 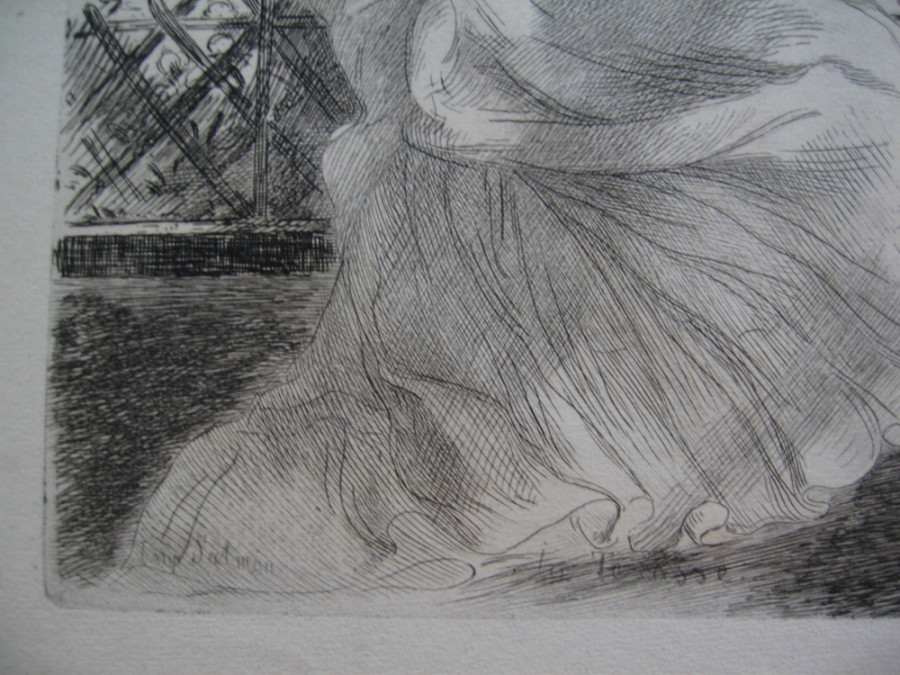 A detail, showing the sitter's dress in the sunlight. 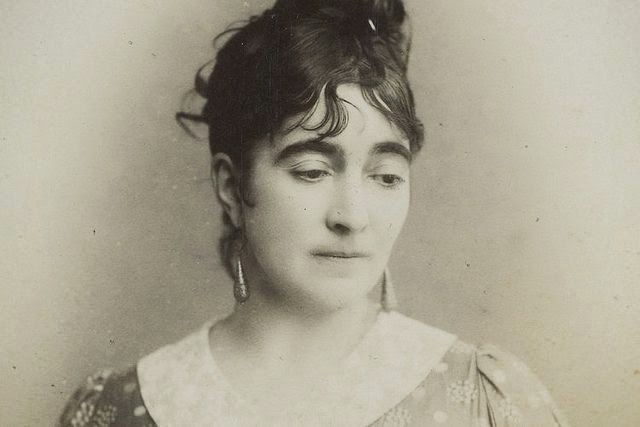 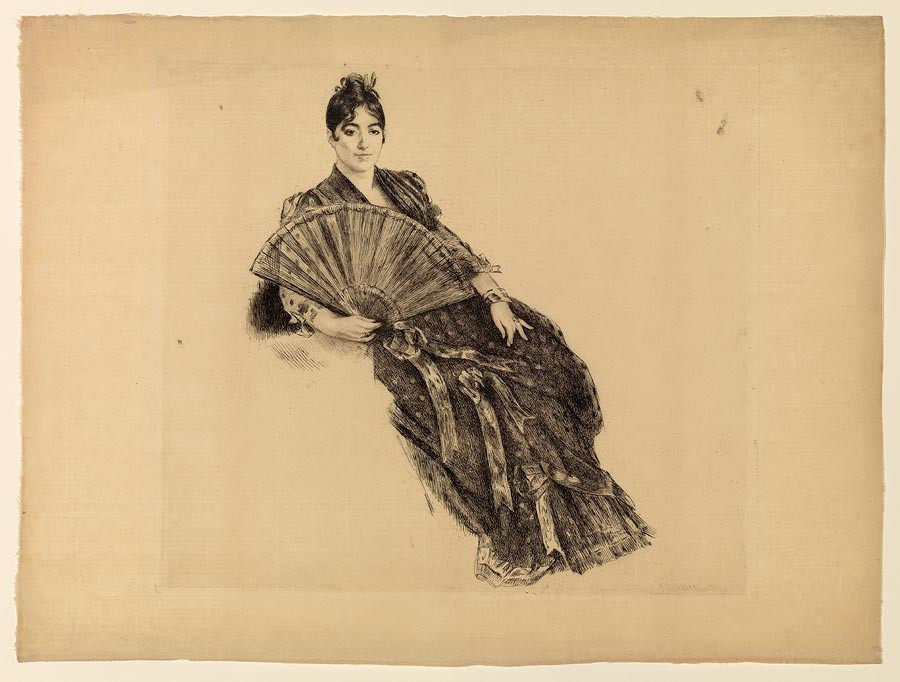 An etching by Marie showing herself in Spanish guise. 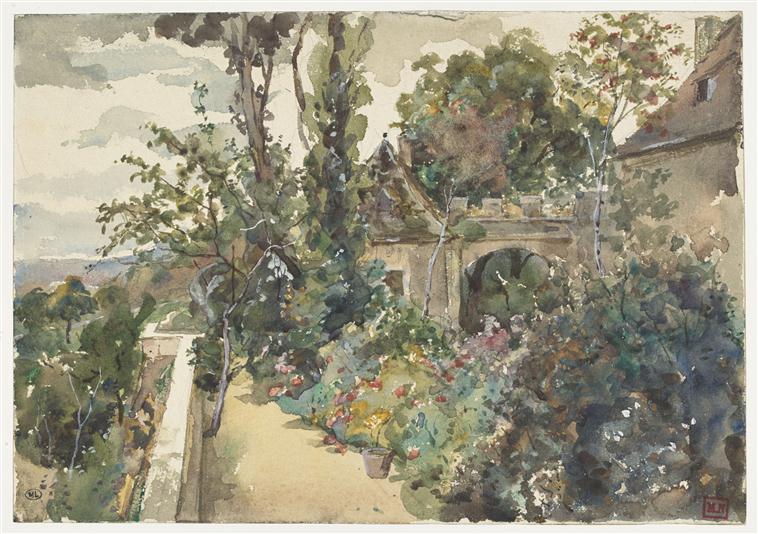 A waterclour by Marie of a terrace garden, presumably at the Bracquemond's house where the etching was made. 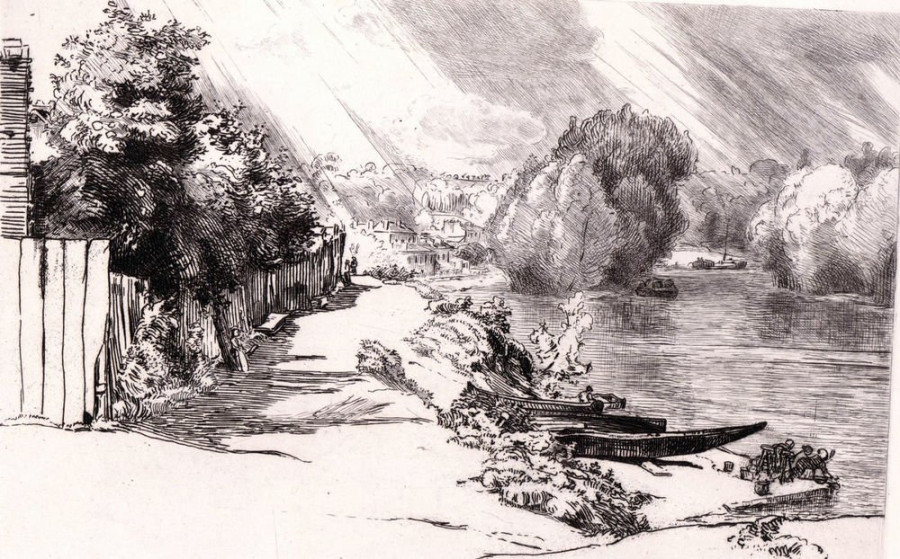 Here is another Bracquemond etching that I have, showing him in his finely-controlled impressionistic mode; superb craftsmanship rising to real artistic refinement. Very different from the more spontaneous approach found in the etchings of Whistler and his followers in England.
Collapse